In September of 1922, a concert by the Fisk Jubilee Singers closed out the Industrial Human Relations Conference, an annual summer gathering of leaders from industry and organized labor.

The first Fisk Jubilee Singers had been organized 50 years earlier to tour and raise funds for Fisk College in Nashville, Tennessee. They were the first group to publicly perform the songs of slaves and they shared them with the world. keeping these songs alive and illuminating the faith and emotions of the African American slave. And as the earliest choir members were children of freed slaves or freed slaves themselves, the “Jubilee” appellation – a reference to the Biblical year of jubilee when slaves were set free – was very appropriate.

In March of 1872, the group performed for President Ulysses S. Grant at the White House. The following year, while touring Great Britain and Europe, they performed “Steal Away to Jesus” and “Go Down, Moses” for Queen Victoria.

An autographed photo of the Fisk Jubilee Singers circa 1905

The Fisk Jubilee Singers were followed at Silver Bay by the Cotton Blossom Singers in 1931 and the Tuskegee Quintet in 1938. The first of the African-American touring college choirs, the Jubilee Singers are still an active organization at Fisk University. 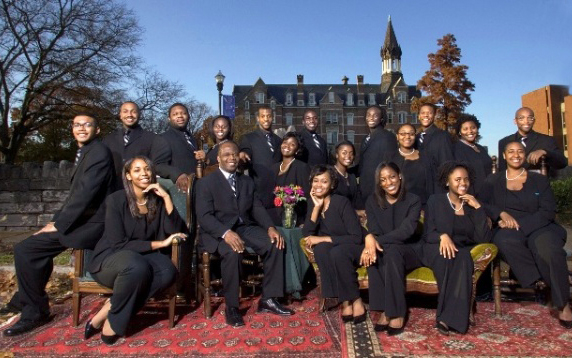 An interesting note on the 1922 Industrial Conference: The newspaper said, “In order that the speakers may have the utmost freedom of utterance, they have been assured that their addresses shall not be reported and that newspaper writers are not to be admitted to the discussions.”