In a photo by Terzian. Love the vintage roadsters!

From a Detroit Publishing Company postcard

“To come away from the strain and stress of everyday city life and, after seven dust-coated hours in a railroad train and two beautiful hours on the Lake George steamboat, to land among the eternal hills under a sunset sky in the midst of a World of Girls, six hundred pretty, gay-hearted, laughing, loving girls gathered from thirty-six colleges and schools of the Eastern Student Conference — This is to arrive at Silver Bay!

“To suspend for nine days all ordinary avocations and follow the big bell from the time it calls at six-thirty in the morning until it says ‘Lights Out’ to all but the stars at ten o’clock each night, to follow the bell which rings its summons to study and meals and quiet and play, which fills with evening worshipers the great Auditorium where stand some of the Church’s best men, speaking as to their equals of high vision, feeding, with strong meat of the Word, the Christianity of modern womanhood. Have you ever seen a Study Class of fifty members gathered with one purpose, namely the greatest efficiency that love and training can develop? Can you imagine the old hymns of the Church ringing out new with the vigor and joyousness of The Undismayed? Would you watch the strong young bodies throw themselves into outdoor sports with all the enthusiasm and quick-witted fun of perfect relaxation? Have you, O have you, ever felt the solemn hush of hundreds of stirred and waiting hearts bowed in God’s very presence? This is a part of being at Silver Bay!

“What does it mean for us women in Mission Boards and leaders of Auxiliaries? ‘Presbyterians to the front!’ One hundred and forty strong they come. ‘Volunteers for the Foreign Field!’ Ten step out of the ranks with the light of a high resolve shining in their eyes. God alone knows how many more are thinking, weighing, deciding. These who will be missionaries must sooner or later come to us. But what of those others who, recognizing and acknowledging the missionary responsibility, needing just to know how, are ready to pour the flood of their educated energy through the channels of service here at home? Are we seeking and helping them as we might? This is the unescapable question which haunts one after Silver Bay!”

— Grace Rogers Walker, “The Silver Bay Conference: Three Impressions from One Attending for the First Time” in Woman’s Work (1911) Presbyterian Church in the U.S.A., Woman’s Board of Foreign Missions

When I heard Brooks Pavilion at Slim Point was named for Louise Brooks, my heart leapt, but soon had to return to its accustomed place. The Pavilion is not named for the charismatic film actress, but rather for Miss Louise Brooks, who served as Secretary for Student Conferences of the National Board of the YWCA. 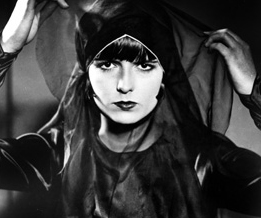 Miss Louise Brooks was a great champion of Silver Bay’s YWCA conferences; she once noted, “We started to make a list of young women who had graduated from college within the last ten years who are now acting as Secretaries of Mission Boards or in the Young Women’s Christian Association, trying to find out under what experience they had come to a desire for service. But the list was so predominantly directed by our summer conferences that there was practically no exception.”

Brooks was a visitor to colleges such as Smith, Mount Holyoke and Cornell, and in 1913 even went around the world to visit YWCA secretaries in the field. One summer evening at Silver Bay, after showing pictures from her trip, she “made an appeal for our understanding of the unity of Association work the world around, and of the difficulties and loneliness of our secretaries in foreign lands.”

I do know that Brooks Pavilion was raised and dedicated in 1923, with Miss Brooks present, and surely must have been a heart-warming tribute for her.